Something went wrong in file write

The Root of the Problem | Just Dan's Programming
Skip to content 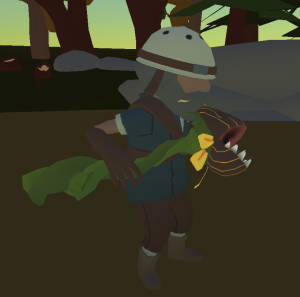 The Root of the Problem was my college capstone project. Along with three other developers, we started out with nothing and after fourteen weeks, we ended up with an cooperative action game. As the only programmer on the team, I created all core features and systems to help our designer be able to easily make changes to the game without assistance. We developed using agile development practices primarily consisting of two week sprints.

The premise of the game is that you play as Salt, a grizzled gardener who has decided to combat against the recently risen mutant plants that are attempting to steal the worlds water supply. To kill these plants, Salt equips his trusty garden shears and herbicide grenades. But he doesn’t stop right there, he also frayed husks of the recently fallen enemy in order to help his odds.

The biggest thing that I learned out of this was how to work when a product has a hard deadline and it is rapidly approaching. With milestones constantly coming up, prioritizing features was mandatory and figuring out what the fastest way to implement a feature without it break the game in the future was a hard learned lesson. Creating systems only to rewrite them in the late night in order to make it easier for other teams to use them was a constant occurrence.